How To Cut And Paste Files In The OS X Finder 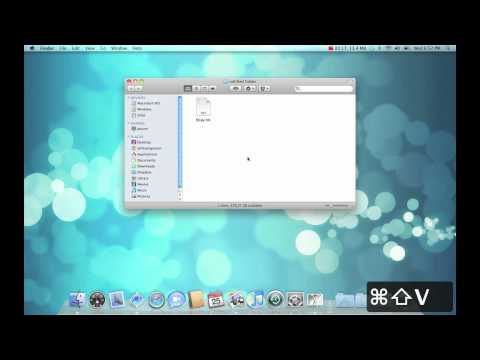 One of the key features missing from Mac OS X is the ability to cut and paste files in the Finder; you can only copy and paste. With two handy Automator Services, though, you can do either through simple keyboard shortcuts.

Inspired by reader John's tip on a $US5 app that added this functionality, I set out to create my own, free option (that didn't require an app running in the background). Unfortunately, it doesn't work exactly as the cut and paste functionality in Windows, but it's about as close as we could get. The main difference (on the surface, at least) is that you'll need to assign a different keyboard shortcut to pasting cut items than you use for copied items. Here's how to set it up.

First, download this zip file containing two Automator Services (Cut File and Paste File) and extract them to your ~/Library/Services/ folder (if it doesn't exist, you can create it). Then, open up a Terminal and type in this command:

Next, go into System Preferences, hit Keyboard, and go to the Keyboard Shortcuts tab. Hit the plus button to add a new shortcut. Choose Finder for the application, "Cut File" (without quotes) for the menu item and anything you want for the shortcut—I use Command+Shift+x, which is similar to the traditional shortcut for Cut. Then, hit the plus button again and do the same, but with "Paste File" (no quotes) as the menu item and anything you want as the shortcut (I use Command+Shift+V).

Note that I just wrote this today, so be sure you're backed up when you try using it, because you never know what small errors might have creeped in. And of course, if you notice any errors in my code, let me know in the comments!

Update 2: Everything should be working now. The only snag you might hit is if your primary hard drive is not named "Macintosh HD". I'll work on it and see if I can't find another way, but most people should be OK. Alternatively, you can open up the Paste script in automator and replace the cuttemp folder in the "Get Specified Finder Items" action with your own.