Fall off the horse? The best thing to do is to get right back on. That's easier if your not spurting organ goo out of every ruptured pore. According to the Times, equestrians have turned to airbags.

From Katie Thomas's story about air bags for equestrians:

"It's certainly the biggest step forward in the safety of our sport, ever," said Oliver Townend, a British rider who was wearing a vest in April when his horse tumbled on top of him at the Kentucky Three-Day Event in Lexington. Townend broke his sternum, four ribs, his collarbone and the tips of his shoulder bones - but he is a true believer in the vest.

"I walked out of hospital the next day, where otherwise I would be in a box or in America for a month," Townend said in a recent phone interview.

Commonly available—but not widely adopted—for motorcyclists for the last decade, companies like Point Two and Hit-Air have adapted their air bag vests for horse-o-cyclists. Riders attach a small lanyard to the saddle which when pulled after a rider falls inflates the bags using a CO2 from a small canister.

While most of the systems include a "smart" latch that is supposed to detach itself when a rider is simply dismounting, an etiquette has evolved between equestrians, who warn each other to unclip before dismounting, according to Thomas': "'It's always a source of amusement,' O'Connor said. 'You hear a pop and somebody's looking like a marshmallow.'" [NYTimes] 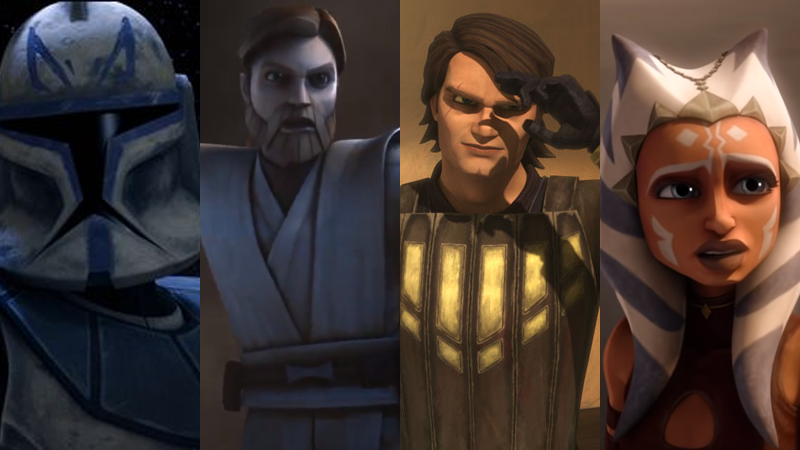 James Whitbrook 03 Apr 2020 8:51 AM
Star Wars: The Clone Wars is back in our lives for one last time, with its seventh season now airing on Disney+. Maybe you dismissed it when it first aired because it’s “just” a cartoon, maybe you just never got around to watching, but either way, you’ve missed out on one of the greatest pieces of the galaxy far, far away. Want to dive in? Here are some choice story arcs.