We think Apple's Magic Trackpad marks the beginning of the end of Mac OS X. Other reviewers of the Magic Trackpad touched on other subjects. Here are the highlights of what they said.

There's not much in the box besides the trackpad and a manual. The enclosure is made of aluminium with a thin layer of glass on the tracking surface, though you wouldn't know it from the touch. The Magic Trackpad is designed to mirror the functionality and feel of the trackpads built into Apple's MacBook Pros, but to look like a partner to Apple's Wireless Keyboard. The top and bottom align with the keyboard perfectly, and they match each other aesthetically.

SlashGear discovered some new options in the Trackpad's settings:

Thanks to the new settings pane, however, you can selectively shut off certain gestures if you don't use them, adjust tracking, double-click and scrolling speed (including optional inertia), and change the behaviour of three-finger use. Rather than flipping pages, you can set it to drag windows around the screen (a new software update adds the same optional functionality to MacBook trackpads).

Though the wording on the box claims a Mac is necessary, we successfully paired the Magic Trackpad with a Windows PC. Unfortunately, Windows functionality is limited to single-touch and click functions only—we couldn't get multitouch settings such as pinch-to-zoom and tap-to-click to work on the Magic Trackpad. A Windows support download from Apple wouldn't install on a Windows PC, and is intended for Boot Camp users running Windows on their Macs.

MacWorld didn't think you could use the Magic Trackpad on your lap:

One place the Magic Trackpad doesn't sit especially well is on your lap with a keyboard. If you're using Apple's Wireless Keyboard with, say, a Mac mini in your home entertainment system, you'll likely wish for a version of the keyboard with the trackpad permanently attached. I suspect it won't be long before an enterprising third party announces a convenient tray that holds the Wireless Keyboard and Magic Trackpad together.

Engadget managed to make the trackpad register 10 touch points and touched on its usefulness as a HTPC remote:

As you would expect, the trackpad is multitouch and responds to gestures using up to four fingers, though the trackpad registered far more touch points in my testing, even up to all ten of my fingers (tested using the third party Better Touch Tool)...One of the best uses I found for the Magic Trackpad was as a control surface for my HTPC setup. Normally I use something called Air Mouse on my iPhone to control the Mac Mini I have connected to my TV — but the Magic Trackpad did excellent stand-in work for it during my testing.

PC Mag wanted to see it offered with the new iMacs:

Too bad you can't replace the Magic Mouse with the Magic Trackpad in an order for a new iMac, seeing that they cost the same. 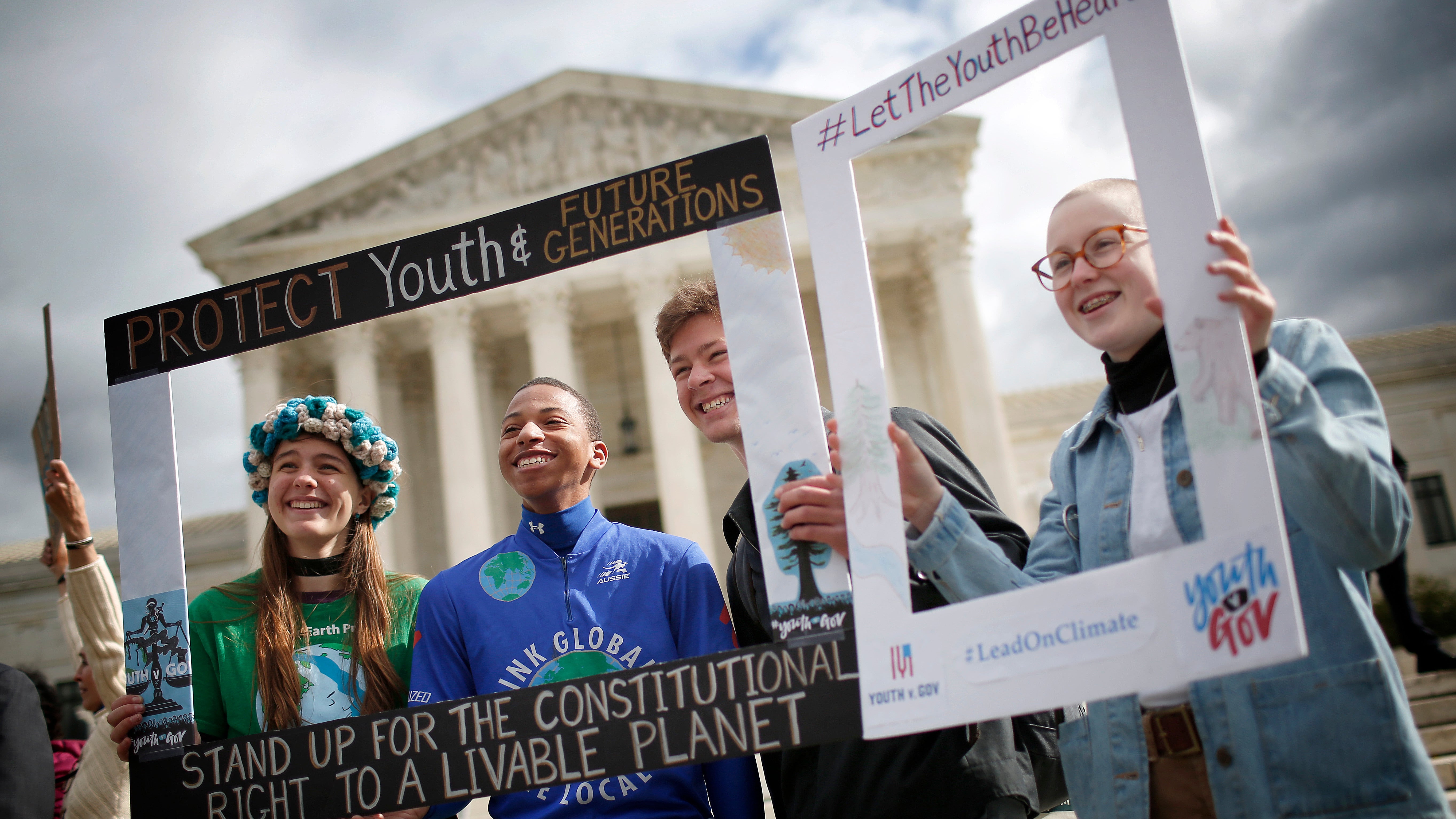 Yessenia Funes on Earther, shared by Brian Kahn to Gizmodo 18 Jan 2020 6:08 AM
On Friday, the Ninth Circuit Court of Appeals ruled to kill the landmark case where youth were suing the U.S. government for taking insufficient action on climate change.