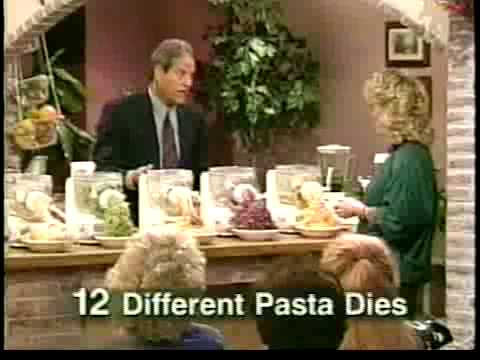 There’s nothing worse than watching a 30-second ad to watch some 30-second clip of something the world inevitably finds funnier than you do. Google/YouTube are acknowledging this phenomenon of the consumer psyche and will introduce an ad-skip button this year.

The idea is as simple as this: If an advertiser's commercial isn't captivating enough to watch in its own right, it'll be skipped by viewers. If viewers don't watch the ad, Google doesn't charge the advertiser.

Now I know what you're thinking: Why would anyone watch an ad voluntarily? See exhibit A, the lead video in which the god of the infomercial, Ron Popeil, does his thing. The only way that nine-minute clip could be more captivating is to put ANOTHER nine-minute Ron Popeil clip in front of it.

This skippable ad model will inevitably lead to better ads - at least in terms of catering the online attention span& - and, for those of us* with the libidinal fortitude to turn a blind eye on GoDaddy-esque BOOBIES BOOBIES BOOBIES teasers, a lot more free time. [WSJ via Fast Company]

* OK, maybe I don't skip every such commercial. But I only** watch them to be educated enough to write about them on Giz.

*** What sort of monster have I become?