Tour The Cruz Reader, A $US200 Android Tablet 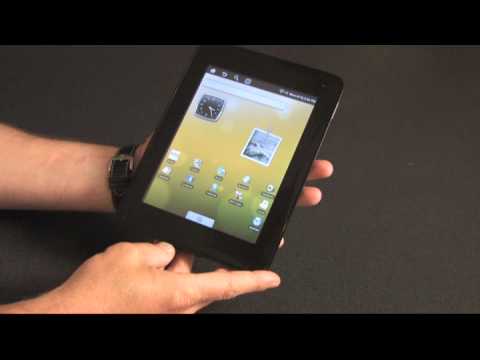 The iPad's the best tablet around right now because it's the only tablet around, but you can bet that a whole legion of Android tablets, like Velocity Micro's Cruz Reader, are on their way. For $US200, it looks pretty good.

The 7-inch Cruz Reader is being sold as an ebook reader - a $US300 Cruz Tablet, with 4GB more memory, will come out shortly after - but it looks like it will really just be a cheap, functional Android tablet; it has a USB port and SD slot and it can display photos, play MP4 video and audio files, and browse the web. It might not do these things flawlessly, but hey, it's just an ebook reader after all! (That's what you call expectation management.)

As is clear in the video, it's missing a certain level (and in some cases a great deal) of polish you get with the iPad, but for the tablet to take off as a form factor, there will need to be a range of devices at a range of prices. A $US200 slab o' Android is definitely one intriguing end of that range. [Engadget]