This Is What MeeGo, The Other Tablet OS, Will Look Like 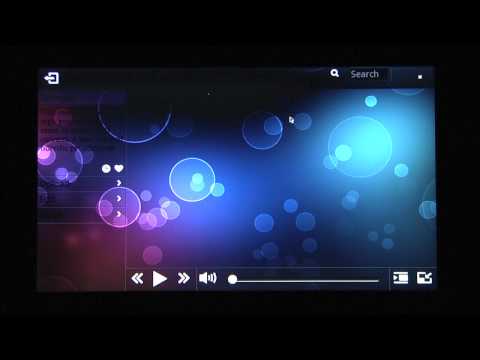 It’s true that iOS4 and Android are the mobile operating systems of the day. But MeeGo, a mash-up of Intel’s Moblin and Nokia’s Maemo OSes, could be a strong contender. Based on this demo, at least.

This is just a pre-alpha release, so there are likely tweaks and changes to be made. But so far, MeeGo looks pretty nice: the default interface looks intuitive enough, with extras like a MySlate bar for app organisation and other scrolling columns for organising books, music, video and other content. I suspect people will spend most of their time in the desktop-like “simple UI mode”, though, since that’s all about accessing the apps.

There’s multitasking shown here, in the form of playing music while you also manipulate photos, but it’s not clear whether you can multitask across all apps. Speaking of which: Intel’s AppUp store is highlighted here, which is fine as long as MeeGo also allows you to download third party applications. That’s not yet clear.

Other goodies: a dockable task bar, HD video capabilities, integrated social networking, five simultaneous points of input. All of which help MeeGo look pretty darned good! But with the uphill battle ahead of it, it’s going to have to be decidedly better than current options to make much of a splash. [HD Blog via SlashGear]