Utah’s Mystery Monolith Appeared Around 2016 Near Site of Old Movie...

This is definitely a choice. (Photo: Catie Keck/Gizmodo)

I Have Some Questions About the New Ninja Gamer Hoodie 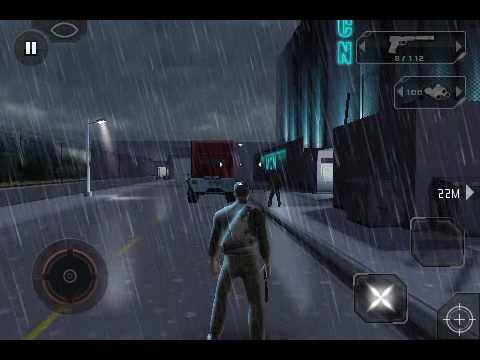 There are games where you blast, and there are game where you sneak. The iPhone has a wide selection of the former, but real stealth games, not so much. Splinter Cell, then, is more than welcome to the App Store.

It’s always interesting to see a well-known game franchise fold itself up, suck its belly in a cram itself into the iPhone, but it’s not always gratifying: often, the game concepts are fundamentally changed. Remember Metal Gear Solid for the iPhone? It ran on rails, defying a looooong history of free sneaking. (Linear, yes, but still: free.) Metal Gear Solid! On rails!

Splinter Cell swings the other way, reconfigured for the iPhone, but still holding onto third-person shooting conventions. Granted, this is a very Gameloft-y game – I’m pretty sure this is the same engine as, say, NOVA – and the action is much more straightforward than a Tom Clancy game on a console or PC, but the spirit’s still there. $13. [iTunes]