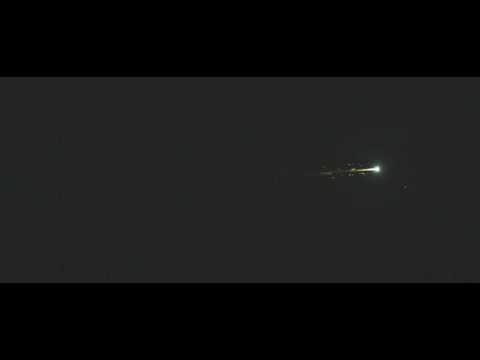 NASA captured the re-entry of Japan’s troubled but still successful Hayabusa probe early this morning over Australia. The payload reportedly ejected without incident and parachuted to earth. What you see here is everything else going to hell (by design):

According to the BBC, the probe’s coveted near-Earth asteroid 25143 Itokawa dust cargo is OK:

On the UK’s BBC News 24, scientists are reporting that the capsule is “in good shape,” but they won’t be able to move it until the morning as it is too dangerous to land the transport helicopter in the landing zone at night.

That’s important because it will mark the first time that we earthlings will have such a sample to analyse. [Discovery]