11 Games You Can Play With the Family Remotely Over Zoom...

Scosche Takes A Crack At A Dashboard iPad Mount 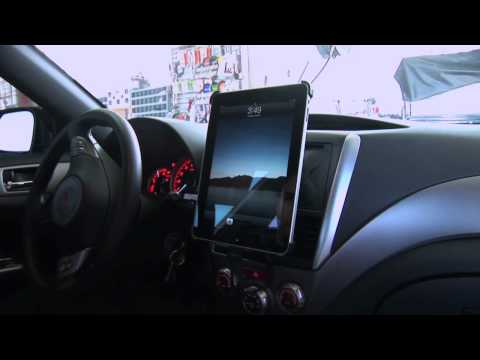 Now that the iPad 3G is on sale – complete with a GPS chip inside – you might want to mount it in your car. But nobody yet makes a good car solution. Scosche is gonna try – but there are issues.

Obviously, replacing the stereo makes the mount much more secure. I wouldn't have much worry that the 0.7kg iPad would go flying out of its mount, even at relatively high lateral Gs. (And if you're on the track you're not supposed to be listening to music anyway!)

But remove the head unit and you're out not only CD and FM radio, but amplification, which means the Scosche kit is going to have to include at least some sort of basic head unit-style amplification, as well, which would greatly increase the price. Not sure how much I'm loving that.

We've reached out to Scosche for more details. Until then, I'll have to sit back and decide if I want to sacrifice my stereo for an iPad mount - a decision I won't even have to make unless Scosche decides to make a version that is just a standard DIN height. [CrunchGear Had The Video First Because That Is Their Way. Hello, Matt Burns, You Saucy Minx.]

Update: Just as this post was going up I spoke to Scosche and got some more details.

There will definitely be single-DIN install options when this mount hits the shelves. And they do have an amplifier in the kits that replace the car stereo. Scosche has lots of similar systems out for tons of cars already, including "professional install" kits that have an even nicer fit and finish.

Expect to see this kit "soon" for something like $US200 to $US250, depending on your car and options. (That's not set in stone.)