Could a Test Really Detect if Someone is a COVID-19 ‘Superspreader’?

Neopets is in Danger Of Shutting Down in 2020

Here’s Everything I’ve Done With My Lexus GX470 Off-Road Project So...

The Golden God Who Created the Bunnings Jingle Has Been Found

Steering A Car Using Only Your Eyes 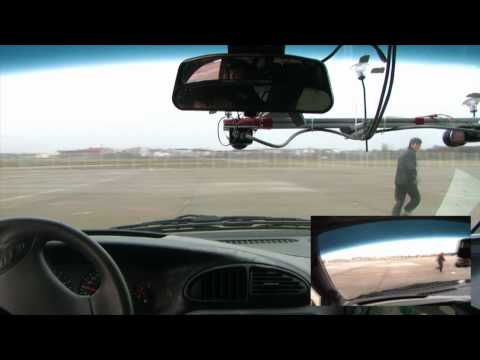 Ever wanted to play "look ma, no hands" with a Dodge Caravan? Meet eyeDriver, software that allows you to drive a car just by looking at where you want to go.

The technology, developed by the same folks who brought us the iPhone-controlled car, works by tracking the driver's eye movement and directing the steering wheel accordingly. During the test run shown above it was limited to a fixed speed of about 48km/h, but researchers at Berlin's Free University are hoping to get it up to 97km/h before long. Close your eyes for more than half a second, and the vehicle automatically slows to a stop.

We're pretty far off from a commercial application - there's the question of how to handle stop-and-go traffic, not to mention what happens when you look down to fiddle with the radio - but there would obviously be huge benefits to physically impaired motorists. And those of us who are sick and tired of the tyranny of hands at 10 and 2. [PhysOrg]