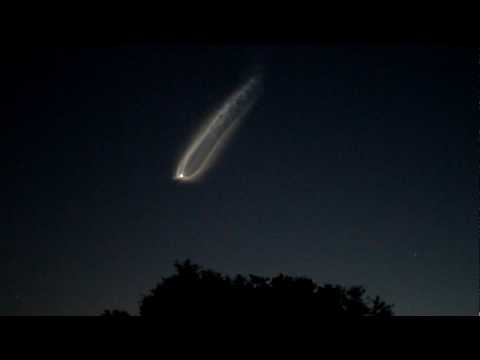 When a reader sent me his video of Discovery shooting to the stars - the last night space shuttle launch in history - I thought it was a comet blazing through the sky, or an alien invasion. It's spectacular.

Did you see any of the pictures or videos from the same launch of how the shuttle, with the solid rockets gone, made a comet like feature across the sky? It was perhaps the most amazing thing I'd ever seen during a launch and living in central Florida. And I've seen a lot of launches. I tried to capture video of it, it definitely doesn't do it justice.

It kind of does it justice, even from such a distance. [Thanks, Adam Bojanowski]