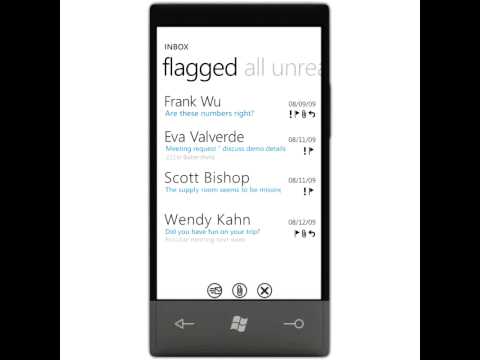 You can doubt Microsoft's phone strategy. You can grouse about features they've left out of Windows Phone 7. But don't for one second question their ability to put together an Office suite, OK?

What we've got here is a pair of videos showing off Windows Phone 7's Office integration into the OS's email and calendar apps, as well as the Office hub itself. From email to edit, the process is seamless and markedly more complete than a lot of the rest of the OS we've seen so far. (Specifically, I'm thinking about the non-functioning Xbox hub.)

Office integration might not be the most exciting feature for a new phone platform, but it does help illuminate Microsoft's plans a little more. It's stuff like this, not just subtle UI differences and lack of apps, that separates Windows Phone 7 from Kin, and makes it clear that while Windows Phone 7 is waaaaay more mainstream-oriented than Windows Mobile ever was, Microsoft's never going to betray the Humans With Suits. Their bond is just too deep. [Mobility Digest via Engadget]