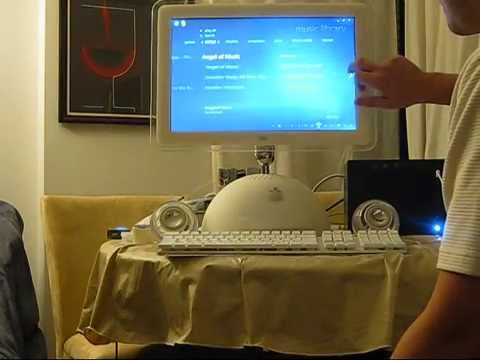 The Frankenstein result is sure to have Macheads fuming, but I'm all for a little recycling when it comes to broken gadgets. Instead of heading to the circular file, parts of this PC will now function pretty well as a large resistive touchscreen.

Bonus points to Jon for thinking ahead, too, as he wrote to us saying the mod provides "a touch screen external monitor that I can use with any modern hardware, which is indistinguishable from a standard 17" iMac G4." In other words, as he upgrades he can take his mod along with him, swivel stand and all. [DIY Parts List]