Google Earth’s Photo-Realistic NYC Will Take Your Breath Away 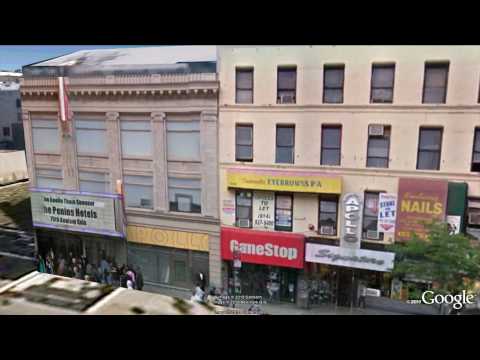 It was 2008 when we got our first peek of where Google Earth was really going, from a simple topographical mapping service to a full-on 3D world simulator. That update brought us realistic buildings. This one brings spectacular detail.

Google’s first inclusion of buildings in Google Earth was basic, populating cities with approximately sized, colourless 3D models of most structures. After they made the shift to textured buildings, it took some time to reach anything near total coverage. Today, using what I can only assume is imagery from Street View, Google Earth’s photo-realistic buildings view takes you all the way down to the street, with beautifully resolved storefronts and pedestrians frozen in place and time.

For now, NYC is the only city that’s gotten the full Street View treatment, but it’s reasonable to expect the tech to trickle out to other cities. Or not! Either way, we’ve got this little nugget of sci-fi dream realisation, which you can try for yourself with the latest version of Google Earth. [Google LatLong]