A Blind Soldier’s Sight Restored Through His Tongue 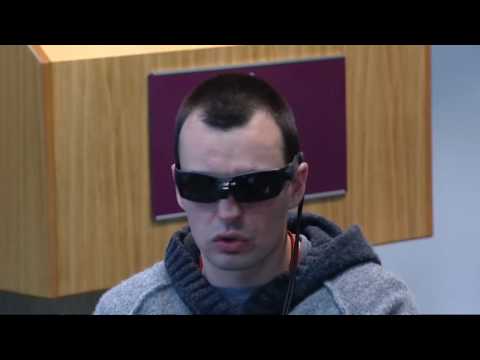 Lance Corporal Craig Lundberg lost his sight to a rocket-propelled grenade in 2007. Now, thanks to a fascinating technology, he can read words and make out shapes using his tongue. It's truly incredible.

The remarkable sight-giving device is called the BrainPort, and while it was developed late last year, Lundberg is the first person to use it in the UK.

BrainPort consists of a pair of video camera-equipped sunglasses that are themselves attached to a "lollipop" that's placed in the mouth. Whatever is captured by the camera is converted into electrical pulses that are sent to the tongue. The brain then processes those those pulses as pixelated images.

The device is still a prototype, but the early returns are incredibly promising. It's a watershed moment in the battle against blindness and an amazing gift for one wounded soldier. [AFP, ITN]