Glimpsed in the most hi-res outfit we've seen so far is the HTC Legend, which - if rumours prove correct - should be shown off next week at MWC.

It still looks like the Hero only with a unibody aluminium shell, but according to Dutch carrier KPN it'll go on sale in March. KPN's advert for the Legend touts it as having a 600Mhz processor, an optical trackpad instead of the ball seen on previous models, and a 3.2-inch AMOLED capacitive touchscreen. The other specs gleaned from KPN seem par for the course - a 5-megapixel camera with LED flash, Wi-Fi, Bluetooth, GPS and Android 2.1 (Eclair), and it looks like it'll be running HTC Sense, the Android skin which they've used on a lot of their recent models.

The leaked pics we saw recently of the Legend showed it as having black plastic inserts at the base and top of the back casing, where the SIM card, microSD card slot and camera are. It's still got a chin by the looks of the profile photo on KPN's site, but if you ask me that's a good thing. This is definitely a phone to get excited about. [Tweakers via Electronista] 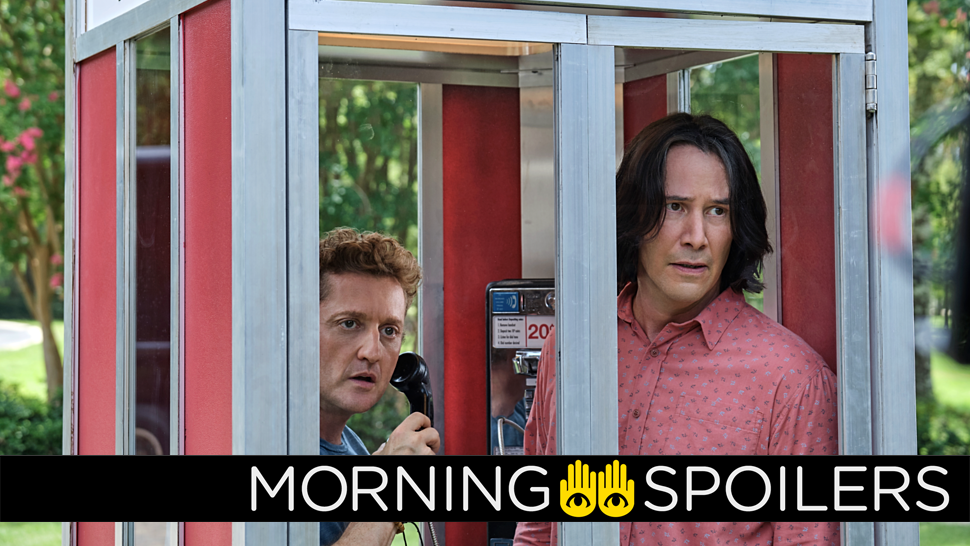 Updates From Bill & Ted's Return, The Matrix 4 And More

James Whitbrook and Gordon Jackson 20 Feb 2020 7:47 AM
The Falcon & The Winter Soldier adds another mysterious figure to its cast. A Game of Thrones favourite could join The Witcher’s second season. Get a look at the Bad Batch in a new clip from Star Wars: The Clone Wars’ return. Plus, new Castlevania art, and what’s to come on The Flash and Legends of Tomorrow. The Keanu spoilerssaince continues!