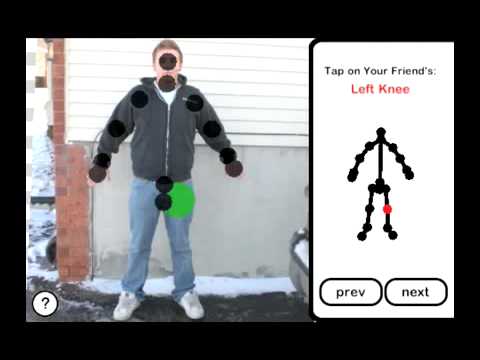 Dear Apple, we get that you’re taking away our almost naughty iPhone apps, but why are you denying us the iTouch My Friends app? There’s no violence, no sexual content, and nothing naughty other than silly avatars getting dressed up.

You can see a demo of what the iTouch My Friends app does with our very own John Herrman as the guinea pig right here:

In essence you’re just making goofy animated videos using your friends’ faces – not really different from another app which lets you push similar avatars down stairs. There doesn’t seem to be any objectionable content in the app, but this is what the developers encountered while going through the approval process:

We never offered sexual content as part of the iTouch My Friends experience, so we set to work stripping all content from the app that was violent or referenced alcohol. We removed a number of props, effects and movies (including bottles of beer, samurai swords and the vomit effect) that seemed to be against the policy. We added replacement props and movies featuring dances and superhero themes, and resubmitted the application on February 2.

After resubmitting, another Apple representative informed us that there was a bug in their submission system, and held our application out of review. Finally, after contacting them many times in an attempt to resolve the issue, iTouch My Friends was put back into review on February 9. Again we anxiously began preparing for the launch of our application.

Last Thursday, February 18, exactly one month after our initial submission to Apple, iTouch My Friends was again rejected. This time, Apple has not contacted us or given a reason for the rejection, the app has simply appeared in the rejected state on Apple’s submission tool. We have tried contacting Apple on all official channels for an explanation. So far we have not gotten anything out of them except for the red icon telling us our app is not going to see the store any time soon.

At this point we are unsure how we should proceed. As far as we know iTouch My Friends does not violate any of the rules of Apple’s store. It is a large and complex app, so it’s possible we overlooked or missed some detail that Apple does not like. Like we did with the objectionable content, we are willing and eager to bring the app to a conforming state, but without knowing what we are doing wrong it is impossible for us to know what we need to fix.

So what’s wrong with this app and why wouldn’t an even tamer version fly through the approval process? [Toga Pit]