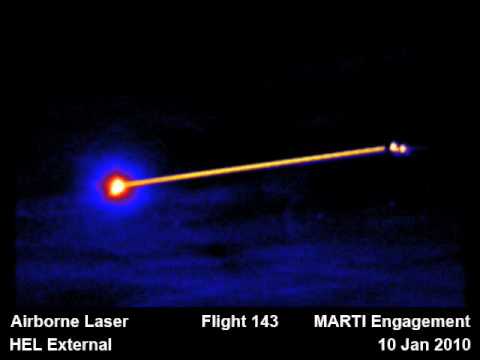 The US military released this video of its YAL-1 airborne laser engaging a missile surrogate, all in mid-air. Guaranteed, it’s the most laser action you’ll see today.

We don't know much about this test. Here's what we've got:

The YAL-1 Airborne Laser engages the MARTI missile surrogate during a 10 January 2009 flight test. The US Missile defence Agency released the video on 22 January. The test represents the first air to air engagement of the YAL-1's high-powered COIL laser.