Where Were You When The Segway Changed Everything? 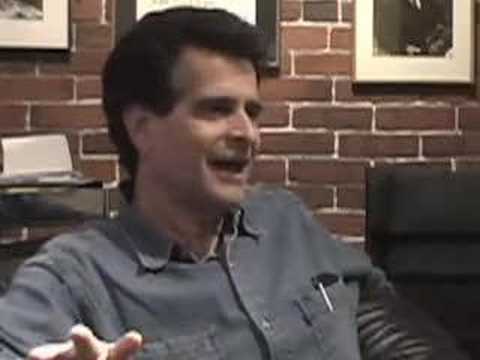 The early ’00s saw a lot of breathless reporting about the Segway. Steve Jobs endorsed it and Time magazine ran a massive piece with the humbling title “Reinventing The Wheel” – the conclusion of three months of in-depth reportage.

So what then? People in cities decided they’d rather walk and people in the suburbs decided they’d rather drive? The two-wheeled device was supposed to transport people at 20km/h, using little gyroscopic sensors to sense the body’s most subtle leans and turns. It was so easy! Security guards would ride like the wind! Anyone could use it! Except George Bush.

So what went wrong? No one could conquer the task of redesigning roadways? No one could get over how idiotic the thing looked? Who knows. Point is, it went from modern-day Model T to modern-day Edsel in just a few years. Steve Kemper captured the whole ordeal in his book, Code Name Ginger. Quite the scintillating read.

Only about 30,000 were sold, and most of them are probably in Connecticut garages gathering dust next to all your still-in-the-box Bar Mitzvah gifts. Here the Segway’s inventor, Dean Kamen, talks about some of the reasons why he thinks the thing bellyflopped:

Anna Jane Grossman has joined us for a few weeks, documenting life in the early aughts, and how it differs from today. The author of Obsolete: An Encyclopedia of Once-Common Things Passing Us By (Abrams Image) and the creator of ObsoleteTheBook.com, she has also written for dozens of publications, including the New York Times, Salon.com, the Associated Press, Elle and the Huffington Post, as well as Gizmodo. She has a complicated relationship with technology, but she does have an eponymous website: AnnaJane.net. Follow her on Twitter at @AnnaJane.