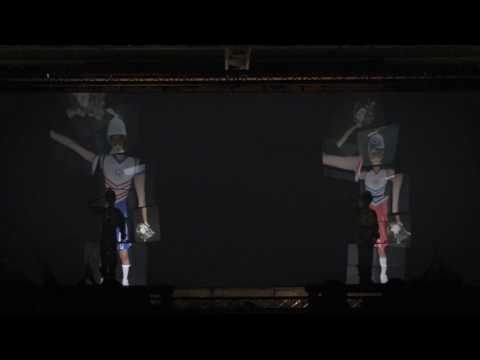 The setup looked ingenious. Using a series of photos and the projectors on a bunch of those quirky Nikon Coolpix S1000pj projector cameras, these two tots looked to be recreating a Daft Punk music video. Then they started dancing.

It was awkward to say the least, but as I said the ingenuity was there. A for effort, and all that, but I would have lost the cheerleaders during the “costume change.” I was about to say they looked out of place, but then I stopped myself with a face palm because nothing could be out of place in a video like this.

The video was actually shot in late September, so I can only assume these guys are Japanese superstars by now. [YouTube via DesignBoom via Switched via Engadget]