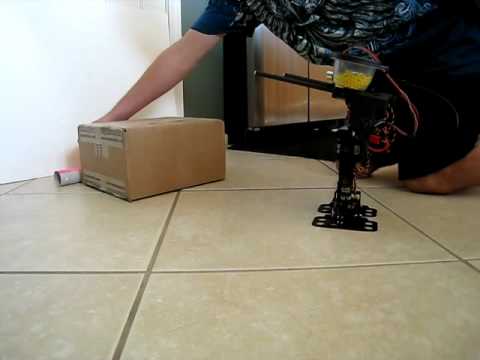 Just look how excited this “X-Brat” mini mech gets when it acquires a target. Clearly, it is consumed with the urge to kill. In the end, this proves to be his undoing.

The robot is designed to compete in the Mech Warfare event at RoboGames 2010, where he will be let loose on other robots to quench his insatiable lust for carnage. Let’s hope the designer works out the kinks before X-brat decides to turn his rage on human beings in the crowd. [Trossen Robotics via BotJunkie]