Why Are Books Disappearing From The Kindle Store? 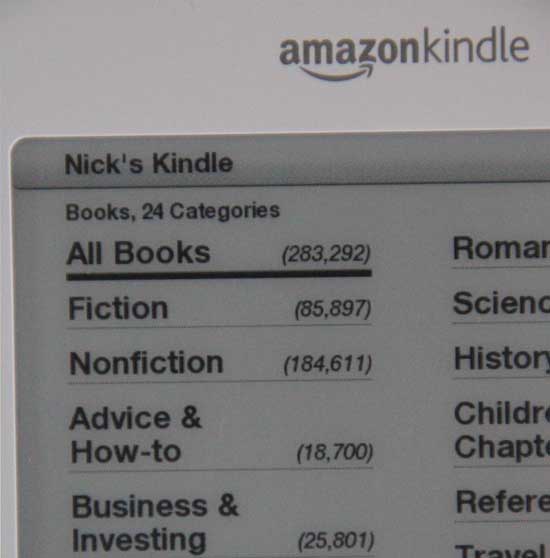 I’m really enjoying the Kindle. But since writing my review, I have come across something that’s a bit frustrating: Books seem to be disappearing from the store.

This isn’t another 1984 scenario (at least, not to my knowledge). Purchased books aren’t being remotely deleted from devices at the behest of evil publishers everywhere. But there seems to be something happening with publishers pulling out of the Kindle Store – or at least the Australian store.

The first book I purchased for the Kindle was Raymond Feist’s Krondor: The Betrayal. It’s the first book in a collection of three, all of which were available on the Kindle Store when I first received the device. Instead of buying all three at once though, I opted to pick up the first book, and use the “Save for Later” feature to mark the other two for future purchase.

The problem though, is that when I went back to buy those books after completing the first, they were no longer available. They still sit in my “Save for Later” basket, but searching for them, or the author, on the Kindle Store brings up no results. While the original book still sits on my device, I don’t have any access to purchasing its sequels on the Kindle.

But the situation is even bigger than just my single experience. Yesterday while searching for the books, ensuring it wasn’t my imagination playing tricks on me, I noticed that the Kindle Store boasted it had 285,000 odd books available to purchase. This morning, that number is sitting at 283, 292. Amazon rep Laura Porco said the other day that the number was around 288,000. So what’s going on? Why has the Store stopped selling almost 5000 books in the past week (or 2000 overnight)?

I’ve put the question to Amazon, but they have an Apple-like “no comment” response mechanism, so don’t expect too much in the way of details. Still, in the future it’s worth noting that you should probably buy all the books in a series from the outset to avoid any disappointment that might arise…