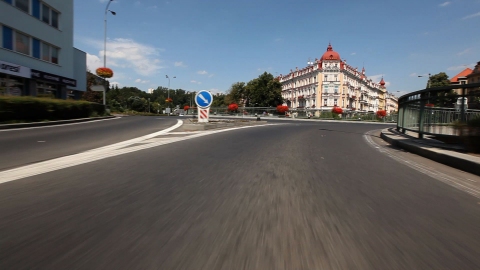 According to this item from Akihabara News, Canon’s fantabuloso 5D Mk II is being used as the primary high-def camera for a Japanese travel show.

I can’t say I’m surprised. As a proud owner of this camera, its capabilities are well established from my POV. Here’s a video I shot with the 5D MK II while Tony Hawk was in Melbourne earlier in the year, doing a demo event at Prahran Skate Park. Remember, this is a stills camera. And I’m no pro video guy. It makes even me look good.

Also, this year I saw a short doco shot by Kenny director Clayton Jacobson. It focussed on the boxing gym his dad runs. Awesome. Had I been watching this lovely piece anywhere but at a launch event for the Canon 5D Mk II, I would have assumed it had been shot on film.

Yeah, OK, I’m a Mk II fanboy. But if you haven’t tried it yet, don’t take my word for it. Japan’s TV Asahi has OK’d it as a broadcast production tool. ‘Nuff said.