Brain Surgery Simulator Is Like Trauma Center, But Legit 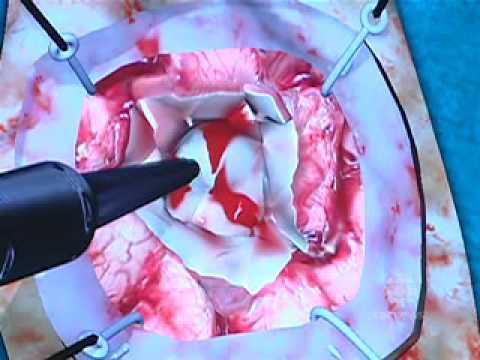 Brain surgeons in Halifax, Canada can now do dry runs of brain surgeries using models of their patients. Their new simulator uses MRI images to allow them to go to down on digital copies of busted brains.

First, patient data from functional magnetic resonance imaging (fMRI) is rendered into a 3-D, high-resolution model of an individual’s brain. After the model is loaded into the system, doctors can touch and manipulate tumors and other virtual objects on screens in real time using a physical instrument resembling a scalpel. The instrument has six degrees of freedom and re-creates the force-feedback of the real tool and the varying resistance of tissue in brain regions with differing toughness. Meanwhile, photo-realistic on-screen imagery shows the simulated surgery, including bleeding and pulsing grey matter.

How long until this thing is ported to the Wii? [Technology Review via PopSci]