Zombie Boot Camp: Because Brain Eating Is NOT An Inherent Skill 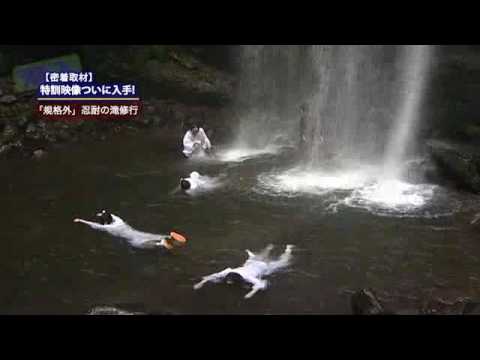 If you think you can just get infected one night, fall into convulsive shakes, black out and wake up a champion head wrecker—think again. Zombies need practice, too.

Ok, the truth, according to Pink Tentacle, is that some belligerent task master at Japan’s Fuji-Q Highland amusement park thought his zombie actors had “lost their edge,” and needed to be whipped back into shape. What better way to do that than to don full makeup, get in front of the cameras and participate in a military-style bootcamp?

Activities included light calisthenics, a jog on the beach (arms extended out, of course), time spent buried neck deep in dirt…aaand watermelon eating. When the Zombies failed to look dead enough, they were beat with a stick or stomped in the chest. I feel like this could catch on as a new form of exercise for soccer mums. You know, while their kids are busy pissing themselves at zombie preparedness training. [Pink Tentacle]