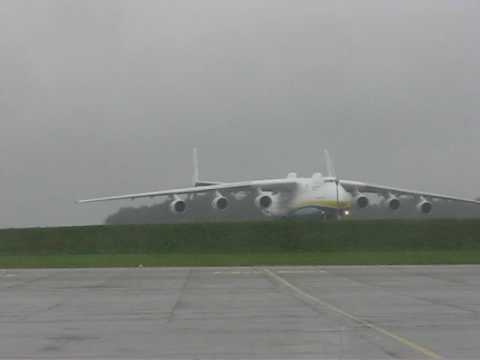 This is the Antonov An-225, the world’s largest operational aircraft, going to beat the world’s airlifting record. After a complete overhaul, it just carried a colossal 172-tonne, 16-metre long generator from Frankfurt to Armenia.

The Antonov An-225 — called the Mriya, Dream—was built to freight the Buran, Soviet Union’s failed response to the American space shuttle. It’s 84 metres long, with an 88-metre wingspan, and a door measuring 4 x 6 metres. I was inside the Antonov AN-124 and I was blown away by its gargantuan proportions. I can’t imagine how huge this one really is, up close and personal. [Flight Global]