What HTC Means When They Talk About “Sense” On Windows Mobile 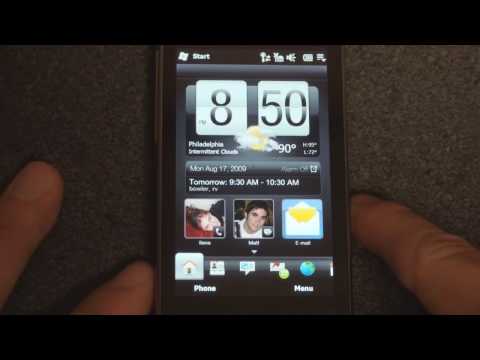 Sense for Windows Mobile isn’t a full port of the Hero’s interface for Android; it’s a nebulous design philosophy, with “pillars” and a “vision.” But don’t worry! It—taking the form of TouchFlo 2.6 here—isn’t as lame as it sounds.

A few months ago, rumour was that HTC would bring Sense to all its products, regardless of OS. This was actually a mistranslation, from PR speak to English—HTC planned to adopt certain aspects of Android’s Sense—the social networking integration, primarily—across its product line, not to replicate it on Windows Mobile. What that leaves us with is a fresh version (2.6) of the venerable TouchFlo 3D, seen here on the HTC Touch Diamond2, but eventually destined for the mysterious “Leo” handset that’s been confusing everyone for the last few months.

The changes from the already great 2.5 are actually fairly hefty: there’s a new, Hero-like homescreen with a fresh widget system, and new graphics scattered throughout. And although it feels like a strange thing to get excited about in 2009, HTC has added colour to some of the more drab parts of the interface, giving TouchFlo a generally richer feel. Of course, Windows Mobile 6.x still lurks under all this gloss, but hey, at least it’s got nice clothes. [PocketNow]