MRI Video Of Two People Having Sex Is, Uh, Really Something (NSFW) 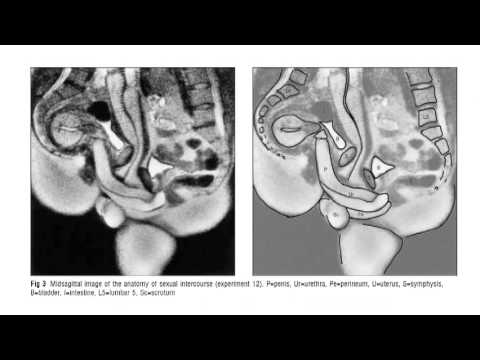 Back in 1999, Pek Van Andel and three of his colleagues did a research study to take MRI images of a couple having sex. Now, the video is on the internet. Oh my.

It’s sure not the sexiest piece of footage I’ve ever seen, but it’s interesting. I guess? What’s great is that the researchers were pretty up front about there being no real point to this study other than just seeing if they could do it. Look at their objective!

Objective: To find out whether taking images of the male and female genitals during coitus is feasible and to find out whether former and current ideas about the anatomy during sexual intercourse and during female sexual arousal are based on assumptions or on facts.

I don’t know if there was any actual point to doing this other than just to say they did it and to have the kind of creepy footage, but hey, science! Also, can you imagine trying to have sex in an MRI tube? That’s got to make the back seat of a compact car feel like a king sized bed by comparison. [Improbably Research]