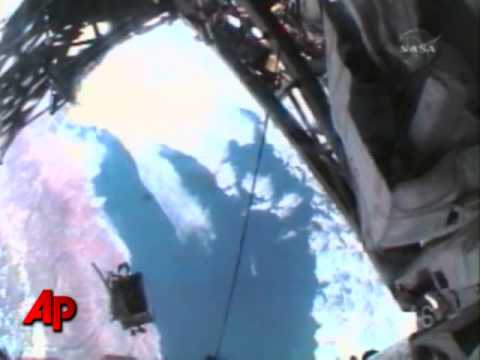 After 8 months of orbiting the Earth at fantastic speeds, the tool bag famously lost by butterfingered astronaut Heidi Stefanyshyn-Piper finally met its end over the Pacific Ocean earlier this week.

The $US100,000 tool bag plunged toward Earth and burned up as it re-entered the atmosphere, according to the U.S. Air Force’s Joint Space Operations centre tracking it and more than 19,000 other pieces of space junk in orbit today from Vandenberg Air Force Base in California.

“Based on its size and composition, we expect the object to completely burn up before hitting the Earth,” centre officials said in a statement.

So, if you happened to be in Mexico on Monday and wished upon a shooting star—I regret to inform you that grease guns and trash bags probably won’t grant your request. [Space via Gearlog]