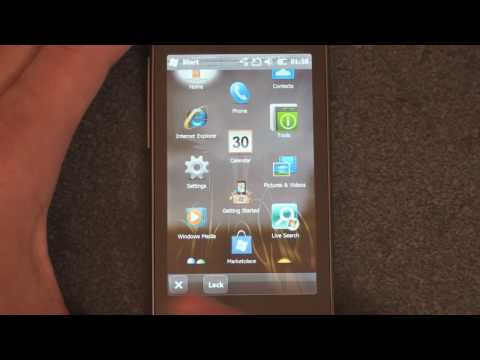 More than anything else, Windows Mobile 6.5 is about getting friendly with users’ fingers, which previous versions of the OS were spitefully hostile towards. From the looks of this latest build, it might render your begrudgingly-included styluses obsolete. About time.

By now you’ve probably seen the major adjustments to WinMo’s interface—the Titanium home screen, honeycomb-but-not-honeycomb start menu, enlarged contextual menus and improved scrolling. These were a help, to be sure, but they’ve generally been available by means of third-party shells like TouchWiz and TouchFlo 3D for years now. This build, on the other hand, fixes some core problems.

Take the iPhone-esque text-selection, which isn’t just better than WinMo 6.1’s—it’s better than Android’s. And the expandable tray, while far from revolutionary, cements up another little pocket of stylus dependency, and quite possibly one of the last. Interestingly, these minor improvements could amount to a pretty big deal: While its aging guts are still very apparent, shipping 6.5 as a totally finger-friendly OS could be enough to classify it as something more than a stopgap exercise in shit-polishing. [XDA via Slashgear]