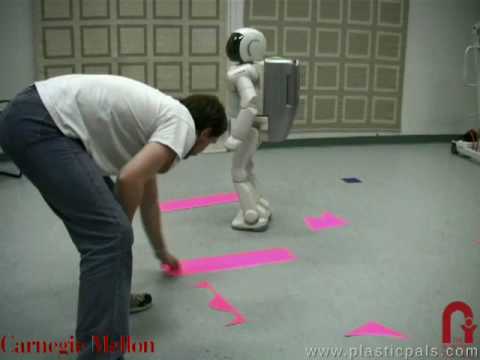 Asimo, still licking its wounds after being outrun by Toyota, fired back earlier this month at Carnegie Mellon, where it learned how to navigate complex, moving obstacle courses. Seriously impressive stuff in this video—just wait until things start spinning!

The one positive in all this is that anyone not wearing a large blue dot in the near future will most likely be spared. [YouTube via Plastic Pals via BotJunkie via OhGizmo]