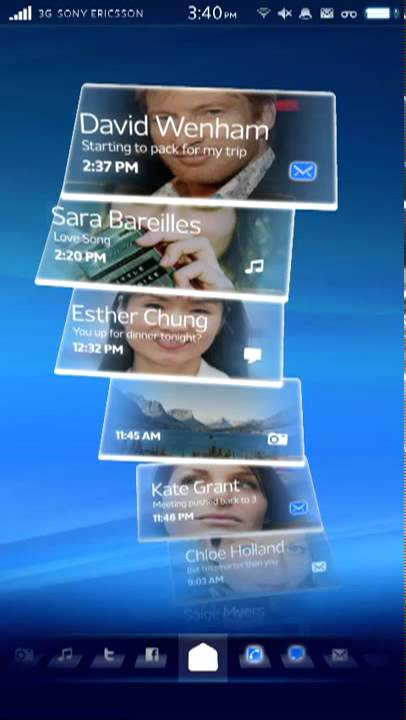 Sony Ericsson will use their own interface in their next Android-powered Rachael smartphone. The good news: It kicks serious arse. Check out the video demonstration, as well as the new images of this hot Android smartphone and the new Kiki.

As you can see in the video, the user interface in the 7.2Mbps HSDPA Rachael—which is rumoured to have a Snapdragon processor, an 8-megapixel camera with auto-focus, and 3D capabilities—is extremely sleek, making full use of the touch interface, with pretty widgets everywhere. It also appears to be heavily oriented to social networks like Facebook and Twitter. I like it enough to make me want to ditch my iPhone—if it had equivalent apps to the ones I use, that is. [Esato via Boy Genius Report]