Robots To Draw Ads On The Moon’s Surface, Must Be Stopped Now 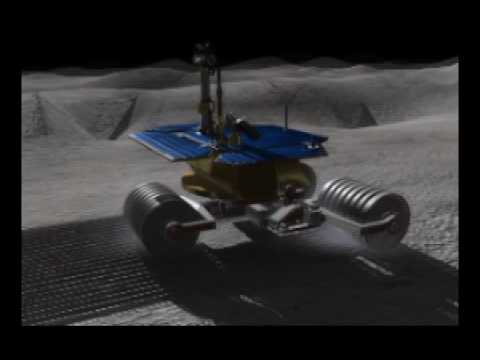 A company wants to licence a technology to draw advertisements on the Moon’s surface, which according to them could be watched from Earth. If nobody shuts them down, I’ll be at the launch. With my land-to-air rocket launcher ready.

I thought this was a joke, but apparently these deranged people are serious about it.

Robots to Advertise on the Moon

WEST VALLEY CITY, Utah, July 20 /PRNewswire/ — It’s one giant leap for robot-kind. New Shadow Shaping technology creates images on the Moon that can be seen from Earth. Robots are used to create several small ridges in the lunar dust over large areas that capture shadows and shape them to form logos, domains names, memorials or even portraits. Talk about the Man in the Moon! You can even carve your initials in a heart to impress your sweetheart.

The advertising potential is mind-boggling. Never in history have companies been able to penetrate every market on Earth, reach every person on the planet, and touch them at an emotional level only possible with the beauty of the Moon on a starlit night. Twelve billion eyeballs looking at your logo in the sky for several days every month. And since there is no atmosphere on the Moon, the images last for thousands of years.

“Finally dependency on government to travel beyond Earth is over,” says inventor David Kent Jones. “This new commercial incentive will turbo charge space technology development. Shadows are just the beginning; eventually robots will be planting crops on other planets.”

Beginning July 20, 2009, the fortieth anniversary of man’s first step on the Moon, exclusive licensing for this patent pending technology is publicly available. Moon Publicity is accepting bids from accredited investors and companies for 44 lunar regions until October 20, 2009. You could licence moon-imaging technology potentially worth a fortune in advertising value for about the cost of an SUV. Minimum bids start as low as $US46,000. For more information visit MoonPublicity.com.

Sounds like a scheme to get easy money, yes. I have a hard time thinking someone may take them seriously but it’s a matter of time before some idiots actually manage to pull it off. [Moonpublicity]