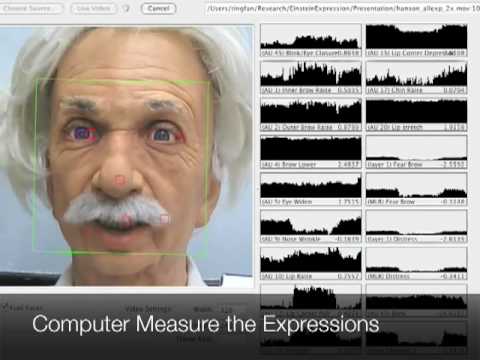 The only thing creepier than robots gaining the power to alter their facial expressions to demonstrate emotions is when the robot in question happens to be modelled on noted genius Albert Einstein.

As PopSci reports, scientists at the University of California are teaching their Einstein robot to express facial emotions in the same way a baby learns - a combination of trial and error.

In the past, the robotics team had to manually adjust each of the 31 motors controlling facial expression, until they updated it to let the robot watch itself in a mirror. Now, using a special facial recognition software called Computer Expression Recognition Toolbox (CERT), the Einstein robot can now emote sadness, anger, joy, and surprise.

Which means it's only a matter of time before it learns to emote madness and develops a taste for blood. And when that happens, we're all doomed...