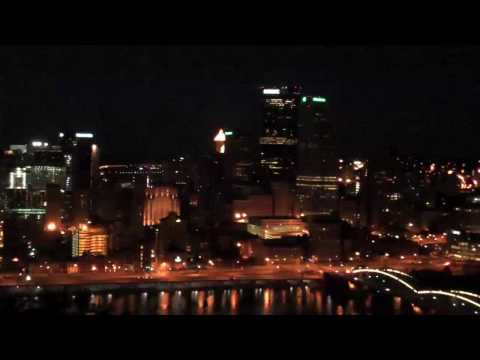 Pittsburgh, PA’s 33-story Grant Building famously spells out the name of the city in Morse Code so brightly it can be seen for over 100 miles. Except it doesn’t actually spell Pittsburgh, but “Pitetsbkrrh.” Eep.

A former HAM radio enthusiast and Pittsburgh local, Tom Stapleton, decoded the message and posted the gaffe on YouTube, and it clearly shows the tower’s misspelling. He said he noticed the problem when he casually looked up and saw the signal broadcasting the letter K, which he remembered well as it’s the first letter of his sister’s name. Too bad “Pittsburgh” doesn’t contain the letter K. Representatives of the tower’s owners could not say how long the tower had been advertising Pitetsbkrrh. [Pittsburgh Post-Gazette]