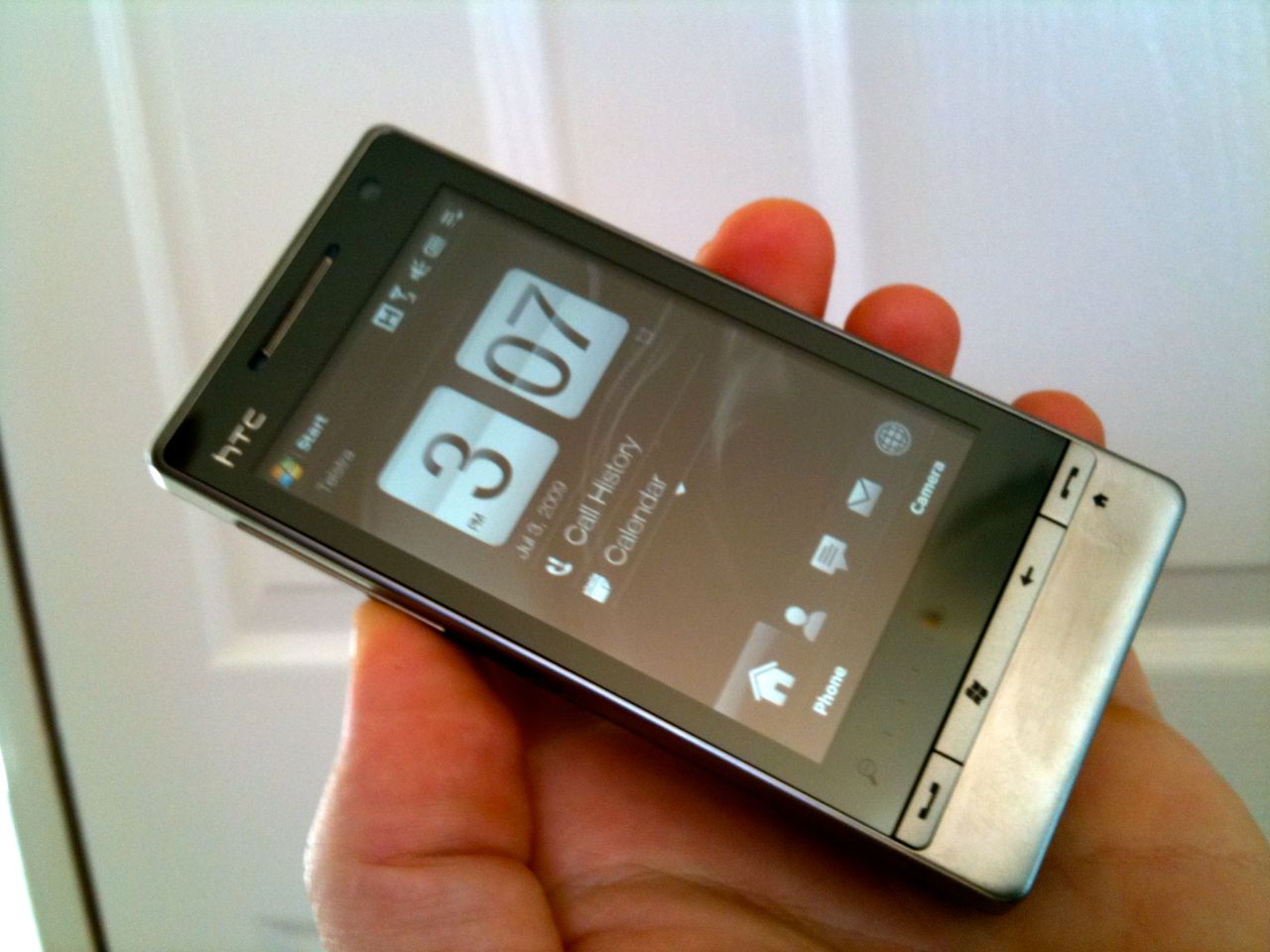 The HTC Diamond2 just landed on my doorstep after this week’s launch, and now that I’ve pulled it out of the box, I thought I’d share my initial impressions with you. First of all, the hardware is solid. I don’t care what anyone else says – HTC make some real quality handsets. The plastic back, which is a fingerprint magnet, b the way, plays off the metal front of the phone nicely.

But then you hit the software. And even though HTC’s TouchFlo interface covers some of Windows Mobile 6.1, it’s still there. The phone still has a stylus. It’s still a resistive touchscreen, so even though TouchFlo’s bigger buttons make using your finger easier, it’s still way too easy for the button to not respond or for you to press the wrong button with your finger.

Apparently people who buy the Diamond2 and Pro2 handsets will get a free upgrade to the more finger-friendly Windows Mobile 6.5 OS, but there’s still a chance that the telcos will block that, which would be an absolute disaster on their part.

Of course, I’ve only been playing with the phone for about an hour, so there is the slight possibility that I’ll grow to love it, but at the moment I’m finding myself frustrated at every turn…