A Wheelchair Controlled By Man’s Mighty Will 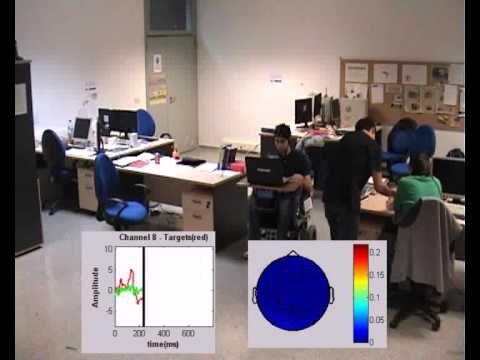 We’ve seen a few instances of mind-controlled wheel chairs, and now researchers from the University of Zaragoza, Spain, offer us yet another amazing prototype.

The chair displays a realtime 3D HUD while the user concentrates on basic functions, such as rotating the chair left or right. That information is read by the chair via EEG waves (the electricity running along your scalp as a byproduct of your brain working). It’s the same idea we’ve seen in recent game controllers, but applied to a more practical use.

The chair also features laser sensors, allowing it to override a circumstance in which a misreading could drive the user into a wall or an innocent bystander.

As I said, we’re seeing this technology pop up in a few different places…which seems to imply that researchers, in general, are on to something. [University of Zaragoza via Times Online via medgadget via ubergizmo]