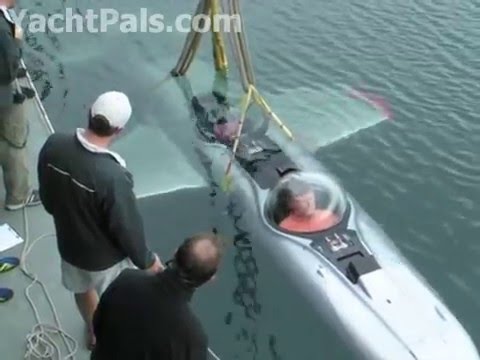 The Deep Flight Super Falcon is a flying submarine that can’t really fly. Not that it matters for anyone without $US1.3 million to spare, but the “fly” part refers to the way it dives.

The project started as custom submarine for venture capitalist Tom Perkins, who wanted a sub for his Maltese Falcon—better known as Darth Vader's mega-yacht. After that, Hawkes decided to make the design available to other dirty-rich people for $US1.3 million each or, in it's open cockpit version, $US350,000. [Deep Flight via Yatch Pals via CNN]