In this spot, a bunch of easily-entertained commuters talk about how awesome it is to see models pretending to be mannequins holding Sony products in the middle of Grand Central. You see the models standing perfectly still, and then they show a fast-motion shot of the models in the middle of the hubbub. It’s exactly like the Improv Everywhere video, just without any soul. 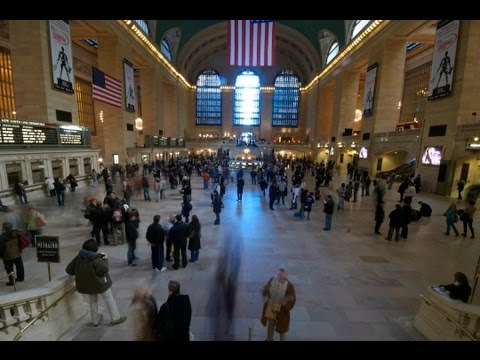 And this isn’t the first time Sony has ripped off an artist for their advertisements. They ripped off LA-based kozyndan for their Bunnies Bravia ad, denying it later despite clear evidence of sleaziness. They apparently didn’t learn their lesson, because this one is even worse. You suck, Sony. Come up with your own ideas.