Guy Builds His Own ABB Flexpicker Robot Out Of Lego 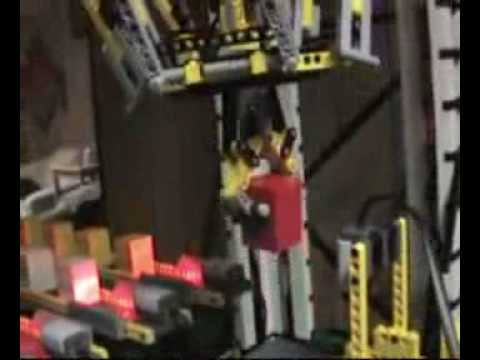 Reader Chris was so inspired by the clip of the ABB Flexpicker robot we posted back in March last year that he did what any self-respecting only a special breed of geek would do – he built his own out of Lego. Aside from the obvious question of where does someone get that much Lego in order to build a machine of this size and intricacy, Chris makes it all sound fairly simple:

It uses four NXT microcontrollers with various Lego sensors and motors. It is very easy to program, each position uses an array element containing 3 motor positions, 3 motor speeds and an action such as grip, release or pause. I can easily teach it to pick anything up as long as it can reach it and it will fit into the end effecter.

Also worth noting is that the rig is actually only running at 35% speed – however, speeding it up reduces accuracy and causes the rig to shake a bit too much.

In any case, now that we know that industrial robots can be rebuilt using nothing more than Lego, isn’t it about time we start up our own factories to make our own gadgets?
[YouTube clip – Thanks Chris!]