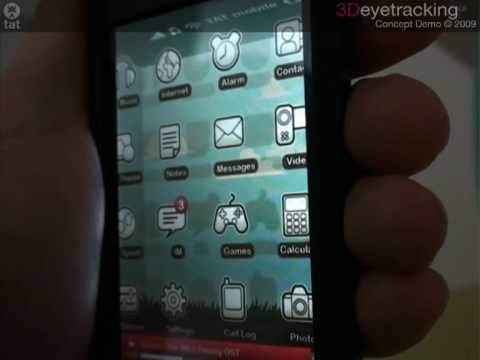 The Astonishing Tribe has posted another eye-candy mobile phone UI demo for the world to ogle at. Unlike their last endeavour, though, this one might have a future on our phones. At least, I hope so.

The concept, which gives traditionally flat interface elements a very convincing sense of depth and layering, relies on eyetracking and TAT’s in-house 3D engine, which renders in real time in the video. This isn’t your dad’s eyetracking, which analyses your eyeballs for control cues—no, it really just uses your eyes’ locations, along with the orientation of the device, as part of the perspective equation that creates a convincing 3D effect.

We most often recognise TAT for wild concepts that will probably never come to pass—their rejected Android interfaces, their amazingly cool 3D mobile phone interface—but this one, or something like it, could look fantastic while actually improving user experiences, not impeding them. [TAT]