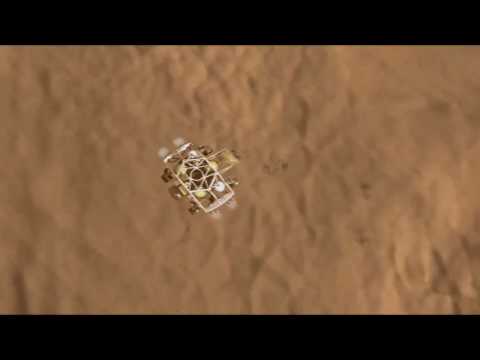 Following weeks of doubts about the future of the Mars Science Laboratory, the one-ton, nuclear powered, laser-shooting next generation of the waning Mars Phoenix, Lockheed Martin has shipped the vital “backshell” for the landing module, confirming that building is still under way. They also produced a video detailing the amazing landing procedure for the craft, during which a hovering “skycrane” lowers the rover to the ground before dutifully smashing itself into the surface a safe distance away.

The extensive set of onboard scientific equipment (it’s called a laboratory, after all) will allow scientists to more closely analyse soil and rock samples, which can be zapped and disintegrated with the rover’s powerful lasers. A note to NASA: fitting your landing craft with terrifying death rays might make your “We Come in Peace” script sound slightly disingenuous. [NASA via The Register]