The Deadly Aftermath of a Rocket Explosion Seconds After Launch 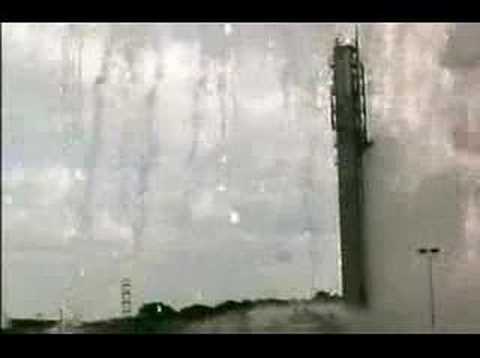 While space travel is safe for the most part, sometimes things go really wrong. Like last week’s NASA’s rocket explosion on the Wallops Island, where an ATK Launch Vehicle X-1 exploded only seconds after liftoff, with hazardous debris falling on land and sea. We are used to seeing the fireworks in the air, but what happens when that flaming debris hits the ground is much more spectacular and scary, as you can see in this video.

The rocket in the video is a Delta II launched by the USAF in 1997 to carry a 45 million dollar GPS Block IIR satellite to orbit. For sure, this Delta II variant is a much more powerful rocket than the 53-foot ATK Launch Vehicle X-1: At 127 feet, the Delta II 7925 is a 7000-Series (7) with nine boosters (9) and three stages–the second one a restartable Aerojet AJ10 engine (2) and the third one a payload assist module (encoded as 5 in the model number).

The first stage alone holds 10,000 gallons of fuel, so the mayhem that ensues after only 13 seconds of flight looks like a Jerry Bruckheimer wet dream. One that doesn’t involve Bruce Willis. [IT Wire and Dark Roasted Blend, research Wikipedia and NASA]