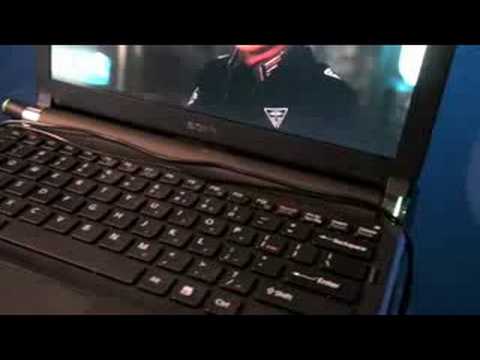 At Sony’s UCHI media event today, they unveiled the world premiere of their new Vaio TT series, the 1.3kg notebook with an integrated Blu-ray drive. But unfortunately for anybody who got excited by the rumoured leaks from the US overnight stating that the diminutive lappy would come with a 250GB SSD, the TT series come with a standard HDD:120GB for the VGN-TT15 and 160GB for the premium VGN-TT17.

The premium TT17 seen in the clip above incorporates a Blu-ray disc drive for both playback and burning, an 11.1-inch LCD screen, Intel Core 2 Duo processor (SU9400 at 1.4GHz) and 4GB DDR3 SDRAM. The TT15 only comes with a standard DVD drive, coupled with a slightly slower Intel Core 2 Duo processor (SU9300 at 1.2GHz), 2GB DDR3 SDRAM, but it does come in a selection of three colours: black, gold and red.

Aside from the fact that the TT17 has a built-in Blu-ray player, the most impressive feature on display was the inclusion of noise-cancelling headphones with both models:

But the cool thing about these ‘phones is that the mics are in the earplugs themselves, and instead of doing the processing in the earbuds, they actually transmit the signal down to the Vaio, where it activates the noise-cancelling tech, and sends the noise-less signal into your earbuds. It worked really well for earphones, although the effect will obviously only work with these Vaios.