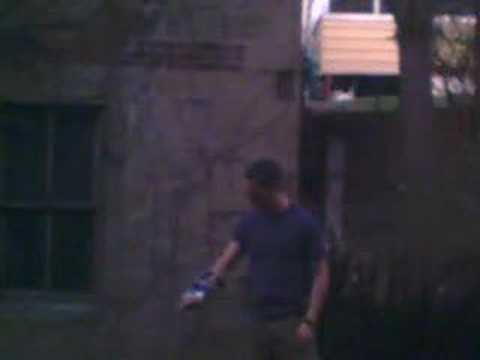 Everett Bradford is a student with a wannabe superhero streak, so for a project in his mechanisms class he’s built his own flamethrower. A wrist-mounted one, to give an arm-directed puff of flame like Pyro from X-Men. As you can see from the video, it actually works… so ten out of ten to Everett. But minus several million for the instant when he puts it to his face to puff on the pilot light. Didn’t his Mum tell him not be careless with fire? [Gadget Lab]